Is it too much of an overstatement to say that a movie, this movie, might change things? Things that have needed changing for a looong time.

Where was T’Challa when I was a kid being raised by my single mother in a not too bad, not too great neighborhood in Memphis? Maybe I wouldn’t have been called a nerd or Steve Urkel just because I was black and had glasses. Maybe “acting” or “speaking white” wouldn’t have been a phrase I had to hear all the dang time. What if the fake Wakanda were a part of the lexicon?

I can’t say enough good things about this movie – although it had a few minor flaws. It gathered some of the best of the best and current.

Ryan Coogler is gonna be a director to watch. Heck, he already is. His collaborations with Jordan alone have brought us Fruitvale Station, Creed and now Black Panther. All feature intelligent African American leading me and straddling that fine line between mainstream and stereotypical.

This movie is so big you just can’t ignore it. It can’t be stopped. The financial accolades are great but what it is, the care in how it was made and the storytelling are even greater. Marvel did such a great job pulling this off – can you imagine if it was awful? If word had come out that they tried to be cheap on this movie? Kudos to this amazing studio for another great product. I wasn’t excited for Black Panther’s inclusion in Civil War…I AM super pumped for the eventual Black Panther 2 sometime next decade probably.

All I know is my son had better get ready to have a wardrobe FULL of Black Panther gear now and for a long time.

This is it. Before bedtime, Lincoln picked up a book and started looking through it. His sister said down right beside him and started doing the same. This went on for about ten minutes until I pleaded with them that it was time for bed. 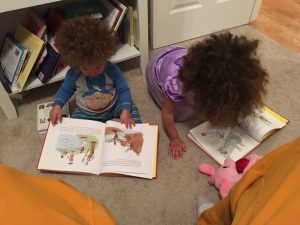 My grand-dad (and all the educators in my family) would be proud. <3

It’s never fun to work on your birthday. Even more so when your spouse does and it’s just a “typical” Tuesday for the kids in going to daycare.

We DID make it fun and our own. We went to the park on an unusually warm February day and got our burger game on at Red Robin (back to back years for E and me). The kids were just so stinking cute – E wished me Happy Birthday many times, starting with a wake-up snuggle. I swear L tried his best to get the words out in his own way. Becky made a wonderful breakfast – mini sausage biscuits and Sister Schubert cinnamon rolls. Oh, and a special super duper carrot cake.

All in all, I woke up happy and went to bed happier. 38 is gonna be great 🙂

PS. I’ve gotten to take advantage of a few of my birthday goodies so far and a few year to come (in the next 6 days) 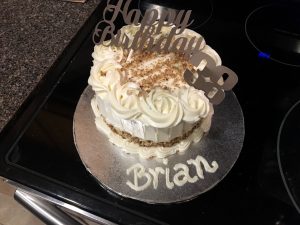 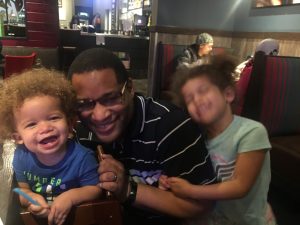 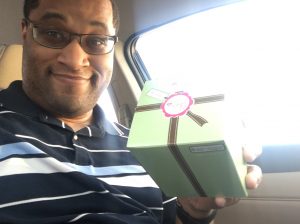 Sleep has been a big issue lately….mostly kid 1 deciding that it’s unnecessary- lies I tell you!

Anyway,both kids are sound asleep after a fun filled day..on their backs. I love the stillness still ❤️