The world can be a hard, hard place. I think we all know that. This can be made even harder as a parent and compounded by being a person of color.

I’m no saint or even a great person. I don’t actually do much for the world as a whole. I donate blood 2 or 3 times a year – that’s it.  Besides that, I give away my old junk to Goodwill. I try to spoil those I love at holidays or birthdays. I still send birthday cards in the mail – although Kid #2 has gravely disrupted this practice.

I will occasionally donate a Starbucks drink to the person behind me in the drive-thru line but, even then, I kind of want to wait around for the reaction. I hold doors open for everyone but again, if they don’t say “thank you”, I get a little irritated. I’m not the change I want to see in the world. I do believe in the Affordable Care Act as I believe everyone has a right to basic healthcare even if we have to pay a bit more money. I give my kids and my wife all that I have and whatever is left over, I try to split between my family, friends and myself.

I generally stick to myself end try to do things myself without asking for help. If I come to your house and you offer me a drink, I may be as thirsty as a camel in the desert but I might say no just out of habit. It’s just something in me. During a very difficult time for my family recently, a few random people in the world stepped in to make a few moments a lot more manageable.  Thank you to:

These are all small actions but they were not asked for but just given. And even 2 weeks later, they are still embedded in my memory.

Our wonderful friend Jenn Sanders started a meal train for us so dinner would be one less thing to worry about. My co-worker Jonathan James (he of the T-Rex downtown Nashville run) donated a gift card to us as well a meal train started for us so dinner was one less thing we’d have to worry about.  On the first night back, Andrea and the Maguire family welcomed us over for dinner, support and some time to have someone else love on the kids. 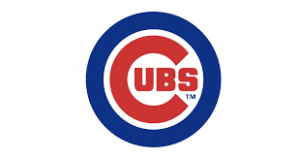 I have loved this team for so long – they have come so close to being here before in my lifetime but this group of guys deserves it. The right mix of veteran and youth. Guys willing to defer to their egos. I honestly would be OK if they lost every year for the rest of my lifetime because, after 108 years, this team proved that anything is possible.

The law of averages says that with between 20ish and 32 teams in MLB of the last 108 years, the Cubs should have at SOME POINT had a good enough team to accidentally win a World Series. Heck, it’d been 70ish years since their last appearance – another thing that the averages should have figured out.

I spent so many afternoons after school as a kid watching WGN – sometimes with myself, sometimes with my neighborhood buddy Nick Baggott. We traded baseball cards and dreamed of getting to Wrigley. On a middle class income, a trip to Chicago just wasn’t happening. I loved the players and, of course, Harry Carey. 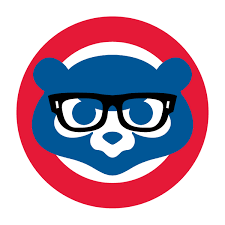 One of my favorite all-time Cubs games was a HUGE comeback win over the Astros in the late 80’s/early 90’s (http://articles.chicagotribune.com/1994-08-29/sports/9408290168_1_shawon-dunston-error-cubs-manager-mark-grace). I can remember just not believing what I saw. Snatching victory from defeat. I can still see the old living room, the grainy WGN TV, the sights and sounds and the excitement.

Fortunately, as I got older, I was able to go to Chicago quite frequently. I worked in the suburbs of Illinois for around a year in the mid 2000’s and was able to go to a few games, even joining some already wayyyy in progress at discount rates. I went to Milwaukee with my friends to see the Cubs play in their home away from home (sorry, Brewers fans). My bachelor party was a 2012 Cubs Spring Training trip with a few of my fellas in Arizona. It’s still weird to think that many of these starring players on this team weren’t even Cubs then..or were in college or maybe even high school. Kris Bryant – not drafted yet. Same for Schwarber. Rizzo? He may have been fighting cancer still. Arrietta – a bum in Baltimore. Russell – was he still in diapers?

I still can’t believe they did it and that the season is over. Next year WAS this year. I spent more time that I care to admit following the games on my phone (in the bathroom, traffic, during a work meeting). My friend Travis and I talked about them almost daily – I think it’d be funny to go back to some of his during their losing streaks when he said the team “sucked” or “wouldn’t do anything” 🙂

Of course, this Series win doesn’t do anything for me personally. I’ve still got a wife 2 hard headed kids, a job, a mortage, blah blah blah but the World does seem a bit brighter and more full of possibilities The Red Sox and Cubs have been World Series Champions within the last decade. In fact…of the last 12 winning teams, they now own 4 of them (2004,2007,2013,2016)

GO CUBS GO!!! My son Lincoln will know you as winners from the first season of his life and my daughter has “seen” back to back 90+ win seasons. 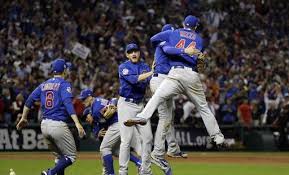 Edit: My “where was I then” moment….at the time of the last out, I was on FaceTime with my best friend in Colorado while the rest of the family was asleep – heck, it WAS well after midnight.