It’s interesting to be the head of my household. For so many reasons.  But one of the more interesting ones as the kids get older is the fact that African American is the majority and Caucasian is the minority.  And they are starting to notice it more and more, especially our first grader (hell, the world’s making it incredibly hard NOT to notice these days)

E to Mom: “Brown people are better than those white people. Well, but not you. You’re the best mom. You’re kinda brown”

One thing I have very little doubt about is my parenting. I am the right Dad for these kids and they are the right children for me to raise. (some days and moments are obviously harder than others – make no mistake about that).

There is one day in particular that has stuck in my head for years. It’s come up a few times since as we have been the recipient of other people’s decisions. It is in super focus now as we are about to begin a school year (hopefully) with a pandemic going on.

I have forgotten a few of the finer details but it all boils down to – one day when E was about 3 years old, she had a fever. I forget if it was a small one the night before or just popped up the morning of but it went between a 99 and 101. (100 is the “stay away” temp for daycare attendance). Becky and I sent her to school in the morning and hoped she would make it through the day.

She did NOT. I think we got a call to get her before lunch and we had to pick her up and take her home for the day.

So in the grand scheme of things, not a big deal, right? Irresponsible of us…yes. I’ll admit it. What’s funny is that whatever work we thought was SO important and needed to get done that day…didn’t get done when we got the call that we had to pick her up. We could have gotten a teacher or another student sick with what she had and possibly effected their family. And we know our kid…she has never been a “get a quick fever and recover girl”. She is of the multi-day type.  Bad call on our part. And if I remember correctly – it wasn’t like I had a big deadline that day or Becky was in show dress rehearsals or something. And we both had enough PTO in our bank to blow a day.

All that to say…man, what parenting shows you about the importance of work and everything else. I promise not to send my kid to school this upcoming school year with anything resembling a cold or even a behavior out of the ordinary. This year…one rash decision could be devastating. 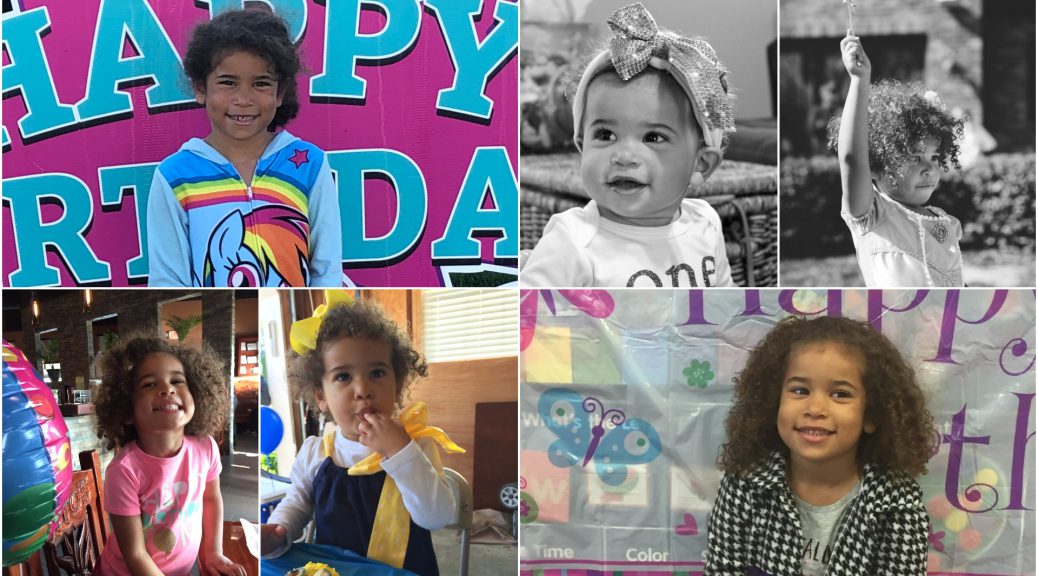 First…so strange to have a SIX year old. Where has the time gone? She’s understanding the world so much – and in such different ways than us old folks see it.

Here’s a few gems of late

“The older I get, the more interesting I get” (i think she meant to say intereted)

Scene:
We see a girl who is in a wheelchair
Dad: What do you think about that?
E: I wish I could be in that wheelchair

“Can you volume it up/down” – Turn the volume up or down on the TV.

“I’m getting into new stuff. I think I know wat’s happening”

“I like to recycle” – this is what she calls using the backspace key on words when she writes in Notepad.

We are officially a pet family (no, I will never call us a family of 5). Sparkle is Emerson’s first pet, a Galaxy Koi Male fish. We got her for her upcoming 6th birthday and kinda sped up the timeline a bit with this extended now 3 week spring break thanks to COVID-19.

Seeing her face light up when she first saw it…priceless. She was jumping up and down and had to share him with Lincoln. She called me  “the best daddy”. About the best reaction I could have asked for. She’s already checked on him before her own bedtime and gave him his first meal of pellets. I’m going to get her a little magnifying glass because even with her head pressed up against the glass, she can’t “see him close enough” 🙂

Side note: thank god for all the technology in the world today. I can set Alexa to remind me to change the water and  feed the dang thing.

Welcome to the family, Sparkle! 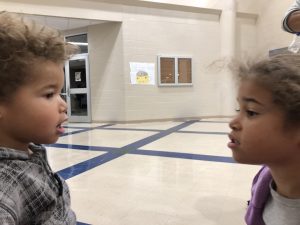 I’ve been trying to explore our little town more lately with the kids. There are so many small things we drive by every day that are probably fascinating them but we just pass by as adults. Linc has been into vehicles for the past 2 years and Emerson noticed the traintracks through the trees on our way back from soccer camp EVERY day the week before. There are train tracks in Thompsons Station right by a local restaurant called Circa so one evening before sundown, that was my chosen adventure.

I chose well! They loved walking on the tracks (which I am not 100% sure are inactive) and there is an old train model that you can climb onto (and down and back on and down as they had me do). I had to include a little bit of safety like what to do if the signal DID come down and we got a few practice rounds in (also, Mom was NOT present for this adventure as she probably wouldn’t have approved and I only told her about AFTER we were home safe and sound).  Anyway, the kids probably did a 1/2 mile walk on and around the tracks each direction. That’s an eternity for kid attention span in my house.

I’d be remiss to skip past the subject of this story. There was what I assume was a family of birds by the tracks – a mom and two of the smallest birds I’d ever seen. The kids were not TRYING to torture ther birds but they have always wanted to catch a bird and hold it. I do not know the reason but no bird has been willing so far. I wonder why…One of the baby birds was a few feet away from the kids on the rocks by the track when the kids decided to chase after it. I was nearby when the little baby bird was running, lost its balance and toppled over. And then was still. Completley still. Had my kids inadvertently caused this bird’s death? Had it small little neck and bones broken by falling just right onto the rocks? The bird was still still. And I swear the momma bird a few yards away was singing a tune trying to call her baby. And my kids had killed it…The bird was still and the kids thought it was sleeping. “Yes”, i said. They tried to get closer but I used my “Dad” voice to keep them back and then prodded them back behind this little area behind a vehicle. I don’t know what I expected to see.

The momma bird coming over and seeing that her baby was dead and doing detective work and having a vendetta against my family forever?

We sat and watched for a few minutes as the kids sang lullabies to the sleeping bird. Eventually, I got them distracted by something else and we walked the other direction. Then, Emerson remembered the bird and we turned around. The bird was gone. Gone! It had been playing dead after falling (didn’t know they did that). I did not see the bird again (the reunion with the family must have been AWESOME and I bet he/she chirped out the entire ordeal).

So crisis averted…we wont’ be having a remake of “The Birds” at my house anytime soon.

Or maybe not so silly. After a tiring day on top of a tiring week, I was trying to catch some of Game 6 of the Finals while the kids did everything in their power not to let that happen. All of the sudden my daughter (in full on princess dress) goes off on this 20 minute original song that went something like this…

“Never gonna stop showing you what I have”

Emerson – 1, NBA game – 0.  Super proud of her originality but especially her spirt. You’ve got so much to show the world, girl!

I have been struggling with teacher computer skills to my daughter (the newly turned 5 year old). I just couldn’t explain what a mouse did and how to move it and how to click and…and…and. (also, the keyboard layout makes NO sense to a toddler. Why isn’t a besides b???)

Anyway, one day I was giving L a bath, while E stayed upstairs. What I came back to was…she had opened Paint (and a few other programs and drawn this). 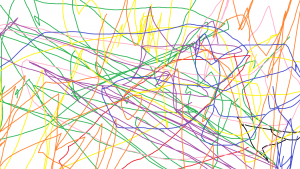 Maybe she doesn’t need my lessons so much after all…

Thanks Dolly and Imagination Library for reminding me…. 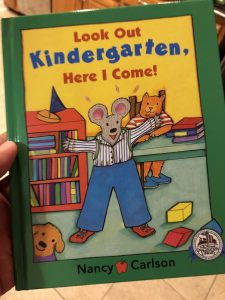 I hope to never forget this amazing period of time with the expansion of vocabulary and understanding of the world. There are truly some remarkable things that I hear everyday and I just want to capture/share a few

“I just want to sit across from your beautiful brown eyes”
Dad: “I love you”
E: “I love you too much”
Anytime I wear a button down shirt: “Dad, you are handsome like a prince!”
<3