I’ve got a little series here – at least a two parter, maybe more.  The brain has been really active lately.

Distance is just one of those things that happen in life. People come and people go. Jobs require people to change or they just want to see and do something different. I get it, though I’ve only officially ever moved 4 hours and 20 minutes away from where I went home to from the hospital. I am not a homebody as I have seen close to 40 states and been out of the USA 3 times.

I guess the one theme I come back to here is that means that love is everywhere. I have had lifelong friends move so far away that I only see them once a year. While I love being married and having my family, that means shorter trips away from home and having to spend at least half of the major holidays (and vacation days) away from where I would normally be.

Yesterday was Dr. Seuss’s birthday and who doesn’t love at least ONE of his classics? His themes were universal – and so can the people in your life be. 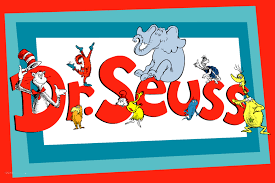 I think the following would be something Dr. S would say to the kids today.